Do you want to immerse yourself in the history, culture and art of the Middle Ages and the Renaissance? Portogruaro is located 25 km from Caorle and is the perfect place to do it thanks to the original features which this enchanting town still preserves.

In the hamlet, the following landmarks are worthy of mention: Via Martiri della Libertà (originally, Via della Mercanzia) with Piazza Municipio, the Cathedral, the windmills and the Fish Market; Via Garibaldi, Via Seminario and Via Cavour with Palazzo Marzotto, the Municipal Park, Collegio Marconi and the narrrow streets (calli) leading to river Lemene.

The Museums in Portogruaro
In Via Seminario, located in the heart of the historic town centre, you can visit the Concordia National Archaeological Museum (infos and opening times).
The City Museum is located in the ancient Torre di Sant'Agnese, while the "Michele Gortani" paleontological museum is housed on the second floor of the Villa Comunale.
Also worth mentioning is the Museum of Business Economics, which can be visited at the I.S.I.S. "G. Luzzatto" during school hours by reservation.

From 12th March and until 3rd July the City of Portogruaro will host an exhibition entitled "The Art of Physics - by Luigi Russolo and Renzo Bergamo".
Info here: www.comune.portogruaro.ve.it/larte-della-fisica 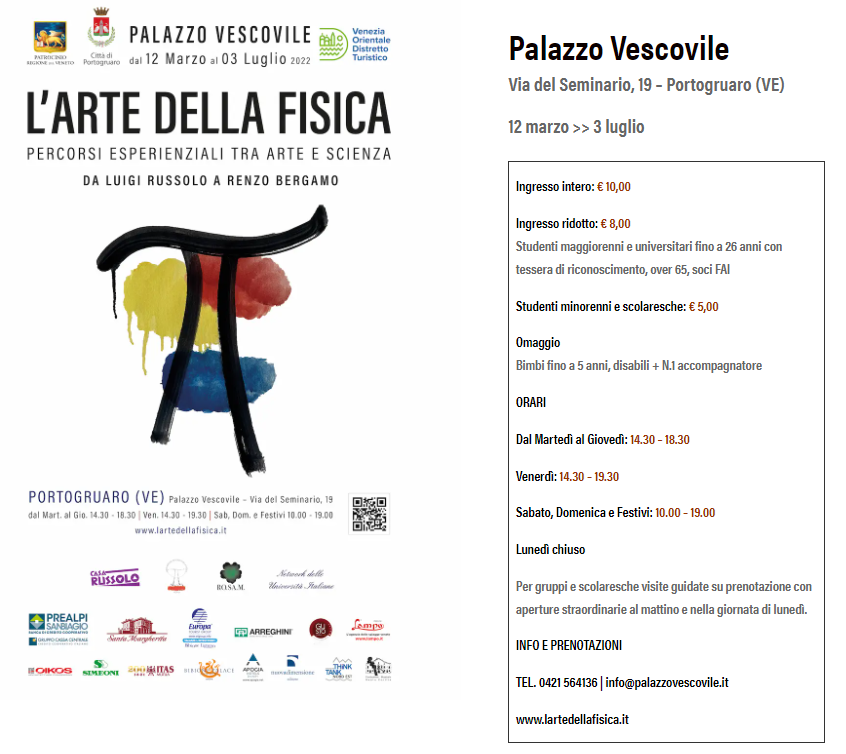 Only 35 km from Caorle, in the Friuli Venezia Giulia region, you'll find one of the most enchanting hamlets of Italy: Sesto al Reghena, a treasure chest whose trademark piece is a majestic fortified tower with a bridge, from which you access the piazza where you can admire the splendid Benedictine Abbey of Santa Maria in Silvys decorated with frescos of the school of Giotto (1316-1320 A.D.).

Another jewel which is absolutely worth visiting is the tiny hamlet of Summaga, located 26 km far from Caorle. It is part of the Municipality of Portogruaro and it preserves a wonderful old Benedictine abbey which features frescos on the dome and the walls with scenes from the Old and New Testament, while the chapel still preserves frescos dating back to the mid 11th century.