A stay in Caorle also means immersing yourself in the history and culture of artistic cities, such as Concordia Sagittaria (20 km from us), an important Paleo-Venetian centre which in 42 b.C. became a Roman colony which went by the name of lulia Concordia.

With the threat of barbaric invasions, the colony in the 3rd century A.D. became a stronghold thanks to the establishment of an arrow factory; these arrows were called "sagittae".
Only around the 11th century did it re-establish itself as a real town, a fief and a Diocesan seat dependent on the Patriarch of Aquileia.
Amongst the monuments of that time that are worthy of mention, we should remember the Romanic-Byzantine Baptistery with its well-preserved fresco and adjacent bell tower.

Do you want to discover Concordia and Portogruaro starting from Caorle with a free organized tour (only in summer)? 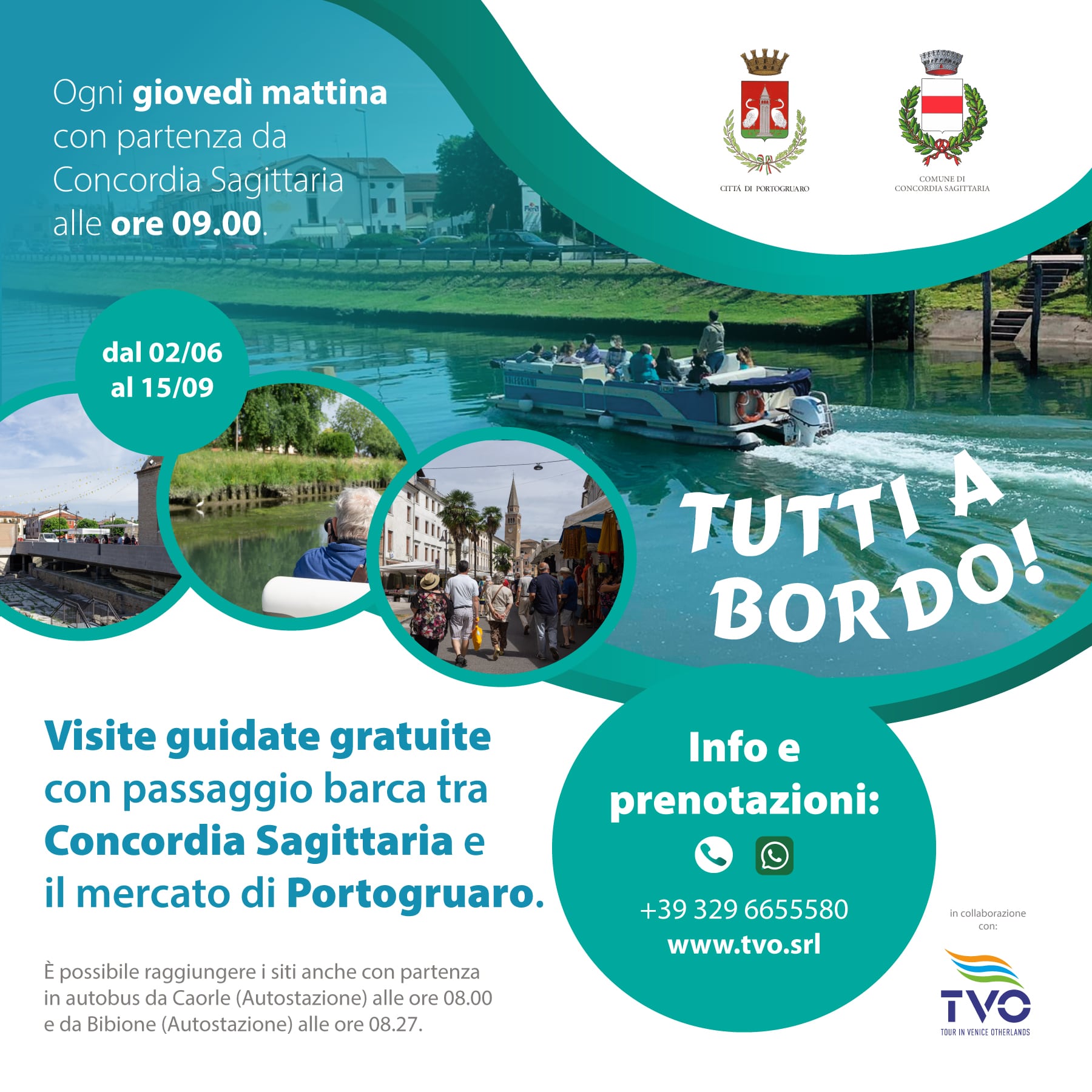 It takes place every Thursday until the end of September and includes the meeting in Concordia Sagittaria at 9.00, by your own means or by free bus from Caorle, guided tour lasting one hour, then departure to Portogruaro by boat, guided tour of Portogruaro and the weekly market until one o'clock, then return to Concordia by boat and from there by bus to Caorle.

Here is our archaeological proposal: we start with the Museum rooms of the sixteenth century Municipal Palazzo of Via Roma; on the ground floor there is an interesting and clear map which reconstructs the Roman city ad highlights the visitable sites. Admire the different artefacts from the necropolis and residential areas of the ancient city, such as the sundial. Entry is free. The rooms are open on Saturday and Sunday; the other days, you can only visit upon booking by contacting this number +39 0421 270360 or the email address comune@comune.concordiasagittaria.ve.it

And if you are still not tired, just know that numerous artefacts found during the excavation campaigns are exhibited even in the Concordia National Archaeological Museum in Portogruaro which from Concordia Sagittaria is easily reachable even on foot thanks to a cycling-pedestrian trail along river Lemene.